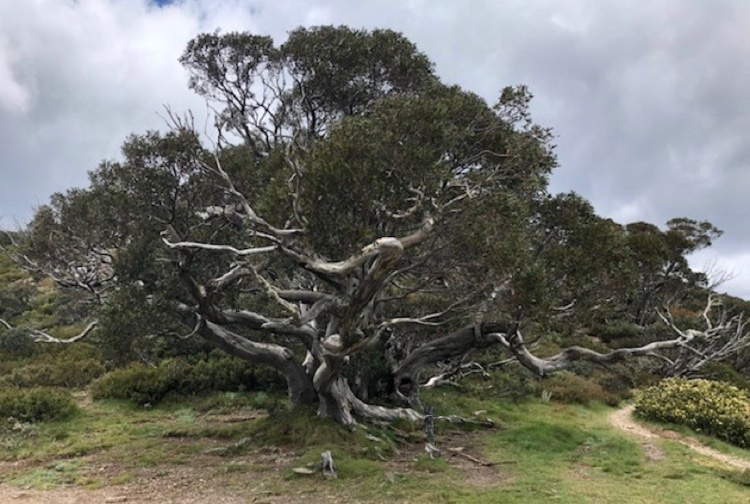 Is a poet to blame for this kerfuffle?

thoughts on the brumby wars

As a poet I find it interesting to reflect on a poet’s role in giving wild horses a prominent place in Australian imagery, and thus indirectly leading to current debates:

heritage of the brumby VS environmental destruction by the brumby

It seems people are inspired by the story of The Man from Snowy River by AB Paterson when they argue that the feral horses known as brumbies have social/cultural heritage value for this nation. Others argue that the proliferation of feral horses in the Snowy Mountains is destroying soil, vegetation, native fauna and their habitat, and ultimately the health of the Murrumbidgee and Murray river systems.

When has a poet been behind such impassioned conflict?

As I child I knew Banjo Paterson’s poem off by heart and recited it. I’ve never seen the film, I imagine it’s a blokey thing with all those crack horse riders from the stations near and far… Harrison, Clancy, the stripling on the small and weedy beast and the rest of them. I know that this kind of man on a horse starred in the inauguration ceremony of the Sydney Olympic Games in 2000, so the image was obviously seen as a significant national symbol. Which is funny, when you see today’s urban society, full of people who may have met a horse rarely or never.

I read Paterson’s poem again now, and I’m still moved by its rhythmic energy and movement, especially when I reach the climax and denouement, when I break:

And he ran them single-handed till their sides were white with foam.
He followed like a bloodhound on their track,
Till they halted cowed and beaten, then he turned their heads for home,
And alone and unassisted brought them back.
But his hardy mountain pony he could scarcely raise a trot,
He was blood from hip to shoulder from the spur;
But his pluck was still undaunted, and his courage fiery hot,
For never yet was mountain horse a cur.

This is not an honourable ride among the noble animals, it’s a merciless hunt, man against animal, man having to see the animal cowed and beaten so it bends to his will. Spurs, for those who don’t know, are cruel pointy metal things attached to the rider’s boots specifically for the purpose of sticking them into the horse’s sides. Any rider who wears spurs mounts the horse with intent to hurt the animal. And why? Paterson has already told us the rider let the pony have its head to find its own way down that terrible descent, where the wild hop scrub grew thickly, hiding a terrain full of wombat holes.

Perhaps the wild hop scrub was the creeping hop bush, Dodonaea procumbens, native to the Monaro region. It is now a threatened species. It grows along with the Snow Gum, Eucalyptus pauciflora (pictured), in alpine woodlands.

Dr Clare Buswell, chair of the Australian Speleological Federation’s Conservation Commission, says that visitors go to the Kosciuszko National Park to see and experience the uniqueness of its flora and landscapes. To put it another way, you can see Eucalyptus pauciflora niphophila in all its glory only in the Australian alps. You can see horses in paddocks all around the country.

The NSW National Parks and Wildlife Service recently accepted submissions on the management of feral horses in the Kosciuszko NP and the 2018 legislation that allowed for increased numbers of brumbies in the park. The Speleological Federation, referring specifically to the karst area around the wonderful Yarongobilly Caves, was one of many concerned groups and individuals to make a submission.

An excellent documentary film has been made recently: Where the Water Starts, by the hard-working and grand-hearted film makers Mandy King and Fabio Cavadini. It’s available from fan-force.com

The film examines the campaign to reduce numbers of feral animals that are damaging water sources, the habitat of native species, and Indigenous cultural heritage in the Kosciuszko region. Neglect and contempt for Aboriginal land management practices has certainly played a part in degradation of the natural environment.

the reedbeds sweep and sway to the breezes…

Where the river runs those giant hills between.

The Snowy alpine region was a grand setting for a good yarn in the 19th century. A poet might say, Don’t let the facts stand in the way of a good story. But if we’re concerned about survival in times of climate change, let’s turn the phrase around: Don’t let a good story stand in the way of the facts. And here is a fact: large numbers of feral horses are destroying the very environment in which they are allowed to roam. We should care for the Snowy Mountains, for what they are, for those magnificent contorted snow gums, for the wonderland that is found in the Yarongobilly Caves, and because we depend on them.

The poet created the myth, brumbies are doing the damage, but it’s women and men today who must resolve problems created by introduced species that have gone wild. Think also: camels, cats, deer, cane toads, bindiis, asparagus fern, garden escapees. Decisions have to be made on complex environmental and ethical questions. Let there be movement at the station!