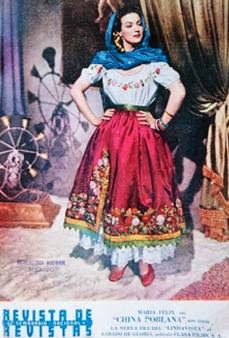 of shawls and words

While Riverton Press has its origins along the Murrumbidgee River, it has strong links to Mexico and the Spanish language. I’ve been thinking recently about the Mexican shawl known as the rebozo and simultaneously heard comments about la mexicanidad, the essence of being Mexican. I have always seen a similarity between weaving and writing, and Riverton Press accepts that this post is relevant to the business of words, as in spinning a yarn.

The rebozo is finely woven cotton and/or silk, in varieties of black and white / grey and white / grey and silver, it belongs to the rural working woman, la campesina. The soldaderas wore it when they rode the trains and tramped miles with guns and kettles for the Revolution in the early 20th century. You could say the rebozo has marched for Mexico.  Women carry babies in those shawls, at front or back, and today you can watch videos on how to use a rebozo during childbirth.

The shawl is sold in the market place, no-one said you, foreigner, can’t wear this, for Mexico is always generous and a merchant happy to sell. I wear it gladly, though it feels too big, I don’t have broad industrious shoulders and carry no baby there, but fold it around me, wrap myself in Mexico.

Mexicans abroad might say that you don’t have to dress like la china poblana to express your mexicanidad, but I used to wear my rebozo like that, a statement of my acquired-something-Mexican, and my shawl seemed stiff and new for a long time.

Just so you know, la china poblana wears a white blouse, a full coloured skirt and a woven silk shawl, with beads, embroidery, floral motifs, often with colours of the Mexican flag (green, red and white) and indeed the very flag might be embroidered there sometimes.

I think of a certain Señora at the Sunday market who doesn’t pay for a stall but places her avocados and wild mushrooms on a strip of plastic to one side of the square. Her rebozo is a faded old second skin across her back. She lends no thought to any mexicanidad.

Of course the idea of quintessential Mexican-ness is contested. On social media someone recently posted a short video of a young woman singing La Llorona at a taco stall. The workers served the food, the clients ate, no-one seemed to pay her much attention, except for the person behind the camera and those of us caught up in the “video-went-viral” moment.

No sooner had I watched the clip when a comment was posted by a person known to me, praising the singer’s talent and declaring that she and the taco stall were more Mexican than a well-known singer who flaunts una mexicanidad que no tiene (a Mexican-ness that she doesn’t have). I thought that was a bit unfair on the famous singer, who has done a great job expressing things Mexican, including a fantastic version of that same song.

There are words so Mexican I can’t happily translate them into English, as you will have noticed while reading this text. I am never content to translate campesina as peasant, because I see too many socio-economic shades of difference. I see I have not translated la china poblana (the Chinese woman from Puebla) or told you her story. I can translate an expression I just heard on the radio: bigger than Ben Hur, without knowing who or what was Ben Hur and how big he or it was. All this brings us to the question of translatability and the transfer of meaning, which we can leave for another day.

Let me just say, millions of shawls are woven in Mexico and around the world, but when I use the word rebozo, I’m not thinking of all the coloured varieties, only of those in tones described above. And, to me, the rebozo is quintessentially Mexican.

Riverton Press usually takes its images from personal photo collections but our photo of a rebozo was definitely dull compared to the one borrowed from http://cineclubeva.blogspot.com/2015/05/centenariodel-technicolor-en-el.html

It shows an image from the Mexican magazine Revista de Revistas (1910-2005), with Mexican actor Maria Felix in a film called La China Poblana. Apparently all copies of this 1943 movie have been lost.